8 PoE Rules You Must To Know When You Mapping

In Path of Exile, the purpose of mapping is to progress up through the map tiers where bosses become more difficult but the poe items become more lucrative. Also as your character levels past level 76, zones in Act 10 give diminishing experience. High level maps are the only way to gain reasonable experience. Therefore, it is important to run maps that are appropriate to your character’s level. Remember the following 8 rules. 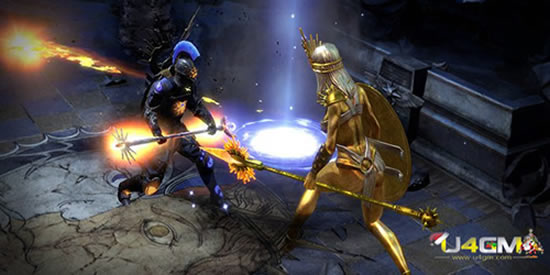 1. Every map that you complete adds a 1% chance to dropped maps to upgrade once to a higher tier. So basically this means if you complete 100 maps, you gain 100% guaranteed chance to upgrade every map you find, one tier.

4. Some maps drop poe orbs called a shaper’s orb. A shaper’s orb upgrades a map by adding 5 tiers. So orbing a tier 5 “Mesa” map turns it into a tier 10 “Shaped Mesa” map. It has the same layout and boss, but is now filled with high level monsters and loot equivalent to other tier 10’s. It is effectively a tier 10 now.

5. When you run Map X, you can find maps up to 2 levels higher than Map X. These maps are selected from 2 places. Your completed maps and maps located adjacent to Map X on the Atlas of Worlds.

6. Complete maps up through tier 10, and then stop completing once you reach tier 11-15. Instead, run shaped maps at these tiers. Tier 16 is an exception and is important to complete, since a tier 16 literally cannot drop from any shaped tier 15 until it’s added to your completed pool. Complete every unique map, as well.

7. To get shaper’s orbs from tier 11-16 maps, you will have to complete those maps first, adding them to your pool. Eventually, remove them with path of exile items called a Master Cartographer’s Seal. Seals are expensive, and until you can afford it, just deal with running those maps.

8. You can kill the bosses on these particular maps since you have already completed them, but do not kill the bosses on other adjacent maps you find in the process of running these. Killing those bosses WILL add those maps to your drop pool. Even if you kill a boss from a regular white or blue or uncorrupted yellow map, it will still add the map to your completion pool. It just won’t give you the Atlas completion bonus.