Albion Online: A Guide For Beginners

Friends in search of adventures, approach. Begin your journey in the land of Albion. But no question of heading for the first without having previously prepared his trip. So for all the apprentice heroes, read these few lines and prepare to dive into the world of Albion. 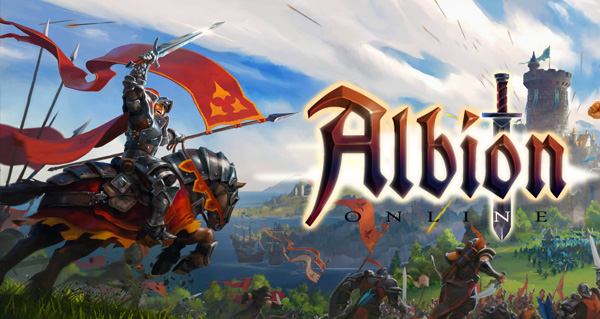 The creation of the character has absolutely no impact on the evolution of your part: the choice is purely cosmetic. With this ready it is during this screen that is designated the place of appearance of your character. If you want to be competitive or play with your friends, this is an important point.

Creation in itself is purely visual. You can choose the type of physics of your character, his haircut, his beard as well as the complexion of his skin or his hair. Despite being very careful since you will play this character for many hours, then make sure that this one you like and corresponds to you.

As for the place of appearance, there are 10 places of departure: five on small isolated islands and five located directly on the main continent of the game. If those located on the islands are ideal for beginners who want to take their time And play quietly, it is not the case for players wanting to be more competitive. Indeed, to leave these places, you will have to pay a sum to a ferryman who will take you and your business to the mainland.

Where it is necessary to be careful, it is that it is not possible to manually adjust the point of appearance. You must therefore agree with your guild or friends beforehand in order to create a character who will arrive at the same place of appearance as your comrades. If this is not the case, delete the character and create it again, and repeat the procedure until it falls to the right place of appearance.

Following the creation of the character will take place a short tutorial that we invite you to follow in order to make your first guns properly. If you have started on an island, it is possible to leave the island free of charge if you are naked as a worm, otherwise you will have to spend some of your precious money.

In Albion, the progression is based on a system of reputation. Each action you make gets a greater or lesser amount of fame. It is this fame that makes you progress on the board of destiny, the skill and ability tree of the game. If each point of renown makes you progress as an adventurer (which allows you to unlock more frames more Performing), these points are also distributed in more specialized branches.

Indeed, each action will orient you more on the panel. For example cutting wood will allow you to specialize in this area. This will enable you to master more advanced cutting tools and thus tackle scarce and hard-to-find resources. In the same way, occire monsters with a dagger allows you to specialize in his mastery and thus unlock more weapons of this kind.

The more difficult the action, the greater the amount of fame gained. In other words, cutting scarce wood resources is more renowned than wood of lower quality. Likewise killing powerful monsters gives you more points than weak monsters.

So it is your actions that make who you are on this panel and it is important to specialize in Albion if you want to progress. It is not conceivable to advance all the fields at the same time if you really want to make your place in this world. The higher the increments of progressions, the more time is needed to progress in the field, hence the need to opt for specialization.

For a lone player, it is best to tackle the leather harvest. Indeed, this specialization offers many benefits. Not only does hunting allow you to increase your weapon-related fame points, but in addition the harvest allows you to increase your leather specializations. It is also possible that certain game animals may “fall” on farm animals, which can either be used for breeding or sold. 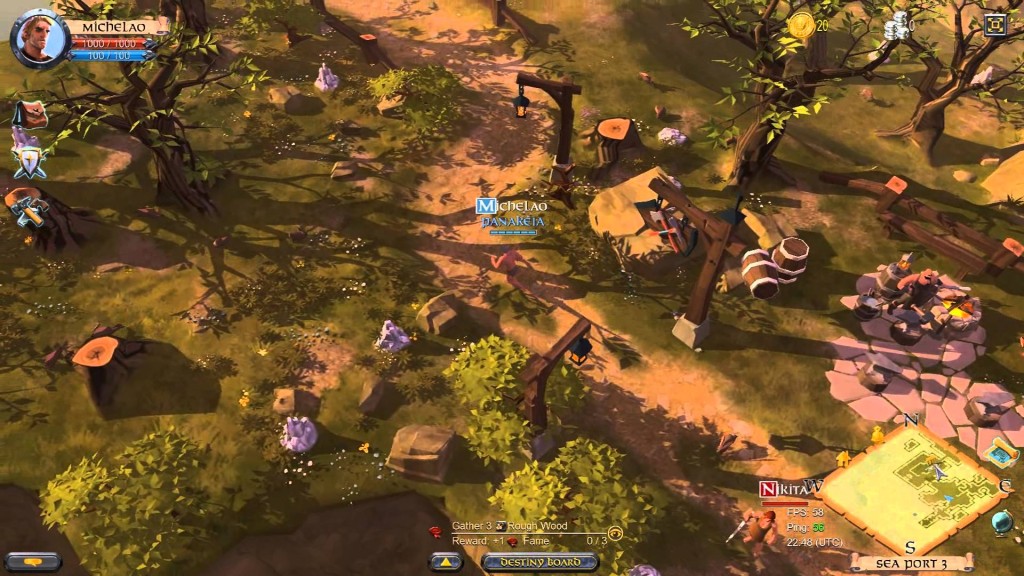 In Albion, you are what you wear. Your gear is what sets you in combat and that’s the clothes you can wear depend on your actions.

It is possible to equip many objects on your character, starting with armor. Your armor will usually define your defensive skills and your resistance. If you want to specialize in tanking, you will want to choose a plate armor. If you want to focus on damage, you will generally want to focus on leather armor. If you have a vocation to stay away from the melee and attack with spells, then the armor of cloth is made for you.

But what will really define your style of play will be your weapon and here the possibilities are many. From classic sword to heavy axe through the quarterstaff, the possibilities are enormous, especially since you can then mix with your armor. First of all, try to find the style of play that best suits you, keeping in mind the notion of archetype.

In summary, we can say:

An Immense And Complex World

The world of Albion is large and divided into multiple zones. These areas are grouped under different criteria: color, tier and biome. The color is particularly important since it is the witness of the level of dangerousness of these. The colors range from blue to black.

In blue zones, the player vs player (or PvP) is prohibited and you have no risk of making bad encounters. If you die in these areas, you will keep your equipment and get up after a few moments. Then come the yellow areas where PvP is possible but must be activated beforehand. If you do not activate PvP, you will not be able to attack an opponent. However, if he has activated his PvP mode he can attack you, but you will benefit from a defense bonus against him. If you die, you will not lose anything, as in blue areas. Red zones are danger zones and PvP is activated at any time. However, groups of 10 players or more are shown on the map and you know which areas to avoid. If you die in red zone, you will lose all your equipment, back to square one. Finally, the black areas are merciless, nothing is indicated, and you will not know if you are about to fall on it by a large group of players or not. Needless to say, death here does not pardon either.

We advise you to venture into this kind of areas to benefit from a good mount in order to be able to distance your opponent in case of attack. If your opponent uses the same frame as you, he will not be able to catch you up and if your mount is better then no chance of having any worry whatsoever.

Finally, each zone is distributed according to a biome. This biome is the indicator of the resources you can find on the area and how much you will find. Each zone can contain only three different resource types, often with a primary resource. This resource will be found in quantity and especially to tiers higher than the others.

The resources in Albion Online are paramount and fall into five categories: wood, stone, hide, ore and fiber. Each of these categories contains 8 tiers of scarcity. From Tier 4, each resource can also be enchanted in three different types (they will be called T4.1, T4.2, T4.3 etc.).

To harvest these resources, one must have the tool corresponding to the resource that one wants to exploit. This tool can harvest the resource of its tier + 1. In other words, a level 2 ax can harvest 1, 2 and 3 of wood. Nevertheless, from level 4, things change slightly since enchanted resources require the use of a tier-party tool. To harvest enchanted tier-party timber 4 requires at least one tier ax 4. This same ax will be able to harvest level 5 wood as long as the wood is not enchanted.

For collectors, it is important to use an outfit of the same type as the resource in question. Not only do these outfits allow you to harvest more, but they also have skills that are specific to them and help players in their task. When harvesting resources, it is important not to get too far from the mount, which allows you to get a port advantage when you are not far from it. This bonus is displayed as a slightly colored area circle surrounding your frame. If you leave the circle, the frame disappears with the bonus and you will have to call it up again.

To acquire an island in Albion, you have to go to the corresponding seller. If the cost of the island is only 6,500 pieces of silver, you must still have a premium account in order to buy it: to conserve the island and maintain it thereafter, Premium is no longer necessary. It is possible to be premium on all types of Albion purchase and it is also possible to buy the premium with gambling money at a fluctuating course determined by the players, as the rest of the economy .

On its island, there are:

Initially, it is not possible to build many buildings, then by purchasing improvements, space is created in order to create a real second economy.

It is advisable for the lone players to have a breeding to produce the frames that can sell very expensive. To provide for the needs of future mounts, it is also advisable to have at least one field to produce food for the animals. In this way, it is possible to produce and sell frames, real profit for a single player or guild.

Economics is a primordial mechanics in Albion. This is entirely governed by the players, and it then appears a real offer and demand. Everything is buyer and everything is salable in Albion Online. Indeed, it is possible to propose each resource, each material, each tool, weapon or armor to the sale. The selling price will depend not only on the quality of the equipment sold, but also on the supply and demand. In other words, a scarce resource in a region will be sold expensive, whereas a common resource will see its price fall. You will be able to sell your wood stock a fortune in some cities while on the contrary this one will not be worth anything in others.

Consequently, many mechanics can result from a system like this one. It is possible, for example, to speculate. Go to an area where the resources of a certain type are inexpensive to resell them in an area where they are rarer, in order to sell them more expensive. But in the same way, it is possible to engage in brigandage while waiting for harvesters or speculators to leave a city to sell their goods in another. Kill them and get the resources and therefore the money.

Real estate also has an important place in the game. Each city offers construction points that it is possible to buy, and then build on the site. These constructions are those that allow you to subsequently refine resources and produce tools and other equipment. These buildings are also subject to market rules since it is possible to put a tax for the players who use it. Thus, the owner of the building earns money each time a player uses it. Whenever you use a building controlled by another player, pay attention to the tax charged by it, some have tendencies to practice ridiculously expensive rates, do not be ripped off.

You can find all our Albion Online game guides on UpAlbion. To join the adventure of Albion, go to the official site of the game and to buy a Starter Pack!