Runme – Mainz striker Nicolas Castillo has been ruled out for the rest of the season with a knee ligament injury, visit Runeme.com for more information about Nicolas Castillo.

The 22-year-old, who signed on loan from Club Brugge in the winter transfer window, sustained the injury during training on Tuesday. 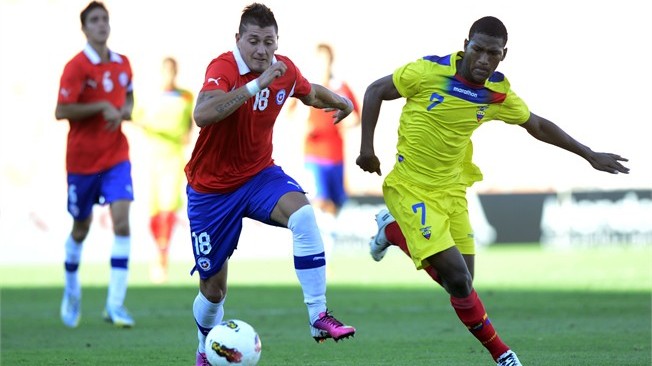 A statement on the club’s official website read: “The 2014/15 season has ended prematurely for Nicolas Castillo after he suffered, in training on Tuesday morning, a partial tear of the lateral ligament in his right knee. Castillo is no longer available for Mainz in the coming weeks until the season finale in Munich.”

Chile international Castillo has made just one appearance for the Bundesliga side, coming on as a second-half substitute in a 1-1 draw at Hannover in February.

Mainz currently sit 12th in the standings and six points above the danger zone following a six-match unbeaten run.