How To Calculate The Maximum Damage Of PoE Spectral Shield

Where’s the quick maths? Collectors of path of exile orbs think that we don’t know how much the base damage will scale anyway, so no way to do the real maths yet. Therefore, the following picture were some crude math regarding spectral shield throw’s theoretical max damage, based on the highest possible base damage from a pure armour shield. 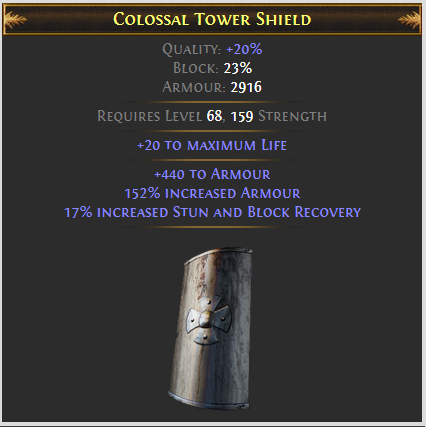 2916 Armour leads to 502 base phyisical shield damage. Multiplied by a base attack speed of 1.44? (1.2 is the base unarmed attack speed modified by the 20% more stat on the gem). If my math is correct, we’re looking at a theoretical maximum of 722,88 base phys dps on a perfect shield.

This is based on a lvl 1 spectral shield throw gem. There’s no info yet on how the gem levels scale the skill. Increasing the base phys damage per armour/evasion with gem levels would make the skill really good, so I’m assuming either just the flat phys damage is scaled, the projectile damage penatly is lowered (seems unlikely at 25%) or the more attack speed is increased.

Recalculated based on a Shield crafted with deafening essence of dread. To give a rather realistic perspective, the following picture was a realistic alt+regaled shield with T1 + armour and T1 armour/stun recovery hybrid, then crafted Haku%armour. It’s base damage would be at 598 pDPS at gem lvl 1. 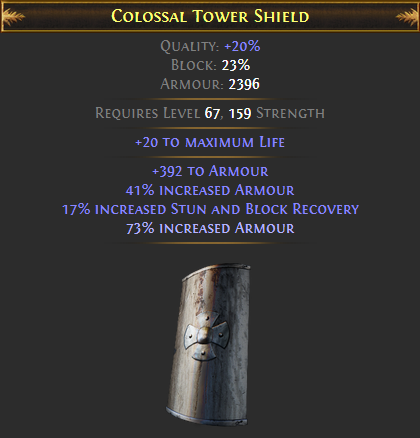 Conc Effect is nice, true, but Spectral Shield Throw with Fork Support seems like it would be godly against enemies up against a wall since it’s effectively around an 180% more damage multiplier if you manage that.

Doryani’s Fist won’t work as confirmed by Bex, they might update the wording on it so it’s clearer it doesn’t work. It comes down to that it only works with unarmed attacks (same for Facebreaker), and Spectral Shield Throw being an off-hand attack means it’s not an unarmed attack.

For comparison, an insane elder siege axe can reach up to 750 pdps with dedicated scaling on the tree. Of course, you do get to use a stat-stick in your main hand (such as prismatic eclipse) with Spectral Shield Throw (of course, you can do that with an axe, too, but you’d need to make sure you pick a skill that doesn’t alternate hands or doesn’t use your stat stick weapon type). Good luck to you!